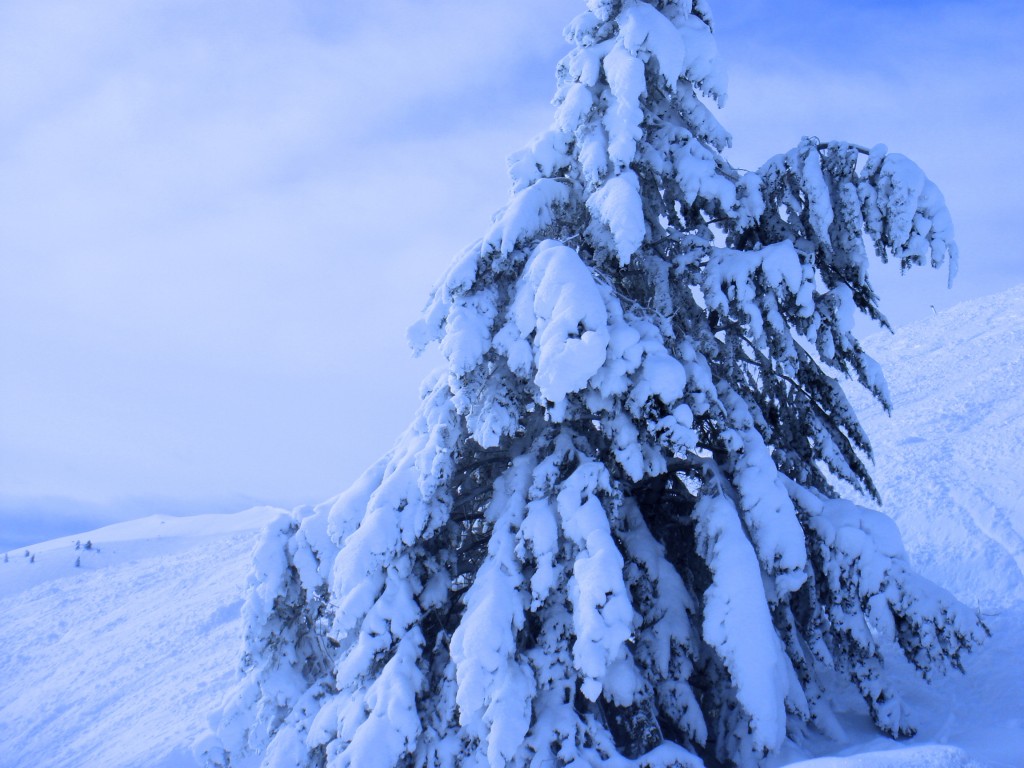 Trust an Exum mountain guide to describe a day where the air looks good enough to gulp. Author and guide Jack Turner has a myriad of words to describe high altitude peak and meadow air: sharp, raw, crisp, and, yes, thinner. Most of us living here are used to the altitude, but there are some things you can recommend to friends and family while they are here to ski this March. Likewise, if you’re lucky enough to travel to Peru or Zermatt this spring, simple pre-cautions can prevent a lot of altitude-related illnesses. Ketchum, like Denver or Flagstaff, Arizona, is actually moderate altitude, (greater than 5,280 feet),and high altitude is defined as elevations above 8, 500 feet (  Baldy, Colorado ski resorts, North Rim of the Grand Canyon, the Matterhorn, and of course, the highest summit, Mt. Everest at 29,028 feet.)

Nobody wants to start out their ski vacation with a splitting head-ache, and Dr. Keith Sivertson, Blaine County Emergency Medical Service Medical Director, has some good advice for visitors upon arriving here. Firstly, because we’re not sleeping above 8,000 feet, we are not technically high altitude; Ketchum is high desert. But altitude as low as 3000 feet can impose physiologic limitations on the body, and even mild dehydration can compromise performance during exercise. Add to that increased sweating and quick evaporation of that cold dry air, and you’ve lost up to 1-2 liters a day.  Most people, especially those over 60, are sippers, and are not drinking enough to replace their sweat losses, furthering their risk of dehydration. A simple way to tell you are dehydrated, Dr. Severson says, is that you’re not having to get up in the night to pee (and that your pee isn’t clear in the morning).The American College of Sports Medicine suggests drinking two glasses of water two hours before exercise, and to drink during exercise at a rate that matches your sweat losses. In other words, as Dr. Silvertson says, much of the symptoms ski patrollers see at Seattle Ridge, like nausea, headaches, weakness and a heavy feeling are signs of dehydration, not high altitude sickness.

Getting off the mountain is important if there are any indications of any feeling of fullness in the chest, or a shortness of breath, as these can be serious health matters. Mike Lloyd, Baldy Mountain’s ski patrol director, has his staff trained to take no chances that it could be something of a more serious nature.

Evangelista Torricelli, in the 1600’s, was the first person to realize that the atmosphere above us create pressures that could support weight. At higher elevations, there’s less pressure of oxygen moving from the air into our blood, resulting in less oxygen to help our muscles & heart function. Many people experience high-altitude illnesses when they rapidly ascend to elevations above 8,000 feet. The most common of these is acute mountain sickness. Being in shape,( a good idea no matter what), or age seems to have no bearing on if you will develop symptoms either. More life –threatening are high-altitude pulmonary edema and high altitude cerebral edema. Descending to lower altitudes and medical care are a must for these three illnesses.

While you may not know your susceptibility at high-altitude, there are some things to do for your next trip or a longer trek. Try to go a few days earlier, or if you can’t, try to pre-acclimatize by planning several week-end hiking trips to a similar target altitude in the month prior to departure, to judge whether you are susceptible to mountain sickness. While at attitude, stay hydrated, and consume enough calories.  If you are skiing, trekking or climbing at altitude, you can be using up to 300-500 calories extra calories a day The energy used to support body functions, basal metabolic rate, burns up 200 of these calories, so it’s important to eat enough calories.  Savor it all. 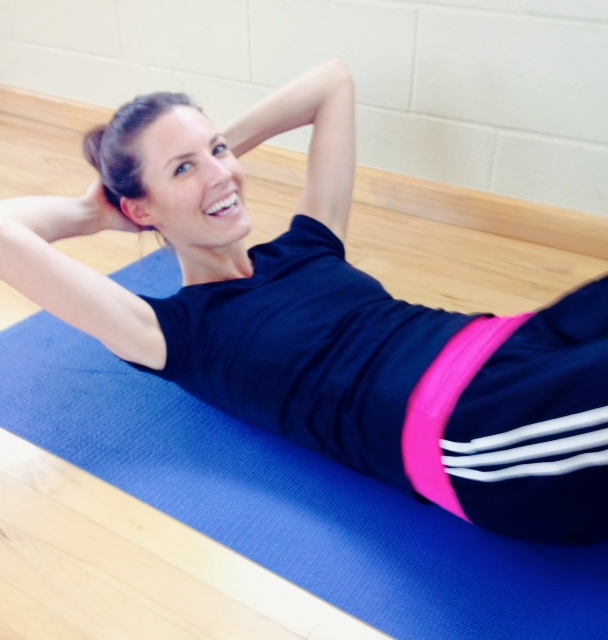 Partial curl-up are a better way to get strong abs than sit-ups. Courtesy photo by Connie Aronson

My friend Claire is helping whip her new beau into shape, hitting the gym five days a week. Claire also has him doing dozens of sit-ups so he’ll get a movie-star six-pack.  For most people the first thing that comes to mind when you say “abs” is one muscle—the rectus abdominis. She means well, but doing hundreds of sit-ups are hard on your back because of devastating loads to your spine. In 2008, there were 3.4 million emergency room visits—an average of 9,400 per day, for back problems, according to the U.S. Department of Health and Human Services. Back problems are the fifth most common reason for all doctor visits in the US.  Trading the sit-up for safer and more effective abdominal work can help spare this outcome.

Dr. Stuart McGilll, a professor of spine mechanics and chair of the Department of Kinesiology at The University of Waterloo, points out that spine disks only have so many bends in them before they become damaged. Keep the bends for essential tasks, such a tying shoes, rather than using them in ab training, he recommends. The Army agrees. In 2011, after 30 years, the Army’s Physical Readiness and Combat Tests deemed the sit-up test as an ineffective assessment of a person’s core in relation to their battle strength.In sports that require repeated hyperextension—like gymnastics, diving, volleyball, weight lifting, golf, football, tennis and rowing—the incident of back injury is 11 percent, according to the International Journal of Applied and Basic Sciences. In football lineman, it may be as high as 50 percent. The types of injuries vary with age. In adolescent athletes, nearly 70 percent of lumbar spine injuries occur when forces are exerted on skeletally immature spines, whereas the majority of adult back injuries are related to muscle strain and disc disease.

If you want a stronger, tighter core, instead of full sit-ups, try the traditional crunch or many variations of a curl-up. Lifting your head and shoulders a few inches (around 30 degrees) off the floor and holding briefly is a good exercise to challenge the abdominal muscles while imposing a minimal load to the lumbar spine

Muscle  function
The four layers of abdominal muscles are like a woven basket encompassing the belly. The long vertical rectus abdominis runs vertically from the sternum to the pubis crest and is trained when you do an exercise such as the crunch. The external and internal oblique muscles rotate and side-bend the trunk. The deepest layer, right below your belly-button, named the transversus abdominis, plays a significant role in stabilizing the trunk, specifically the spine, during all movement. All the abdominal muscles hold in our organs and help us in forced exhalation, as in coughing, urinating or giving birth. But the most critically important function throughout the day—writes Judith Lasater, Ph.D., P.T., author of Yoga Abs Moving From Your Core—is stabilization, to keep the back free of pain and the abdomen strong.

Very few sports require fully flexing the spine, as in a full sit-up. Rather, the core transmits power from the hips through the torso as in pitching a ball or running. Here, the abdominals work together with muscles in the lower back, hips and pelvis, known as the core, stabilizing the spine. The core and spine can handle large forces vertically, but not in extreme flexion, as in sit-ups, twisting or bending.

For example, a 154-pound man standing upright has 154 lbs. of pressure on the L3-L4 disc, which the spine can easily handle. Sitting and bending forward 20 degrees, the pressure on L3-L4 bumps up to 264 lbs. In the bent-knee sit-up the pressure almost triples, up to 396 lbs. Simply modifying the sit-up to a partial curl-up, with the head and shoulders lifting a few inches off the floor, eliminates these huge compression forces on the discs.

In a June 2009 New York Times article titled “Core Myths”, the marginalized view of the core being “abs “was challenged by McGill. He compares the spine to a fishing rod supported by muscular guy wires. If all the wires are tensed equally, as in the whole lumbo-pelvic-hip complex, the rod stays straight. A core exercise program should emphasize all the muscles that girdle the spine, not just the abs, to ensure balanced strength. In his lab, he’s demonstrated how an average sit-up can exceed the limit known to increase the risk of back injury in normal American workers.

The full sit-up is three muscle actions: neck flexion, spine flexion and hip flexion. It’s important to be able to sit up, no doubt, but repeated sit-ups do place hundreds of pounds of compression on the lumbar disks. Hooking or holding the feet down stresses the low back even more. Ironically, the bent-knee sit-up has been taught to minimize the action of the hip flexor in the sit-up, though it is not correct. The abs can only curl the trunk. The sit-up is a strong hip flexor exercise (used in climbing stairs or skipping), whether the knees are bent or straight.

McGill says that the following three exercises, done regularly, can provide a well-rounded, core-stability program: practice the curl-ups, learn how to do a side-plank (lie on your side and raise yourself in a straight line) and try the bird-dog (kneel on your hands and knees, legs hip-width apart, raise an alternate arm and leg to hip height and hold for four or six seconds).

Claire tried all three, smitten over both the planks and her slim new guy.

2 in 1 ~ redefine your arms and shoulders⭐️ D

Sometimes, I come across people who complain that